Popular Toys in History: What Your Ancestors Played With

Toys haven’t always been a part of childhood. It was only during the Victorian era that families began viewing play time as central to a child’s development. Paired with industrialization, that meant the invention of many new and exciting toys, with some more enduringly popular than others. The Sears-Roebuck catalogs archived on Ancestry.com offer a glimpse at what kept your grandparents and great-grandparents entertained.

If your family had this optical toy in the nursery, you were a very popular kid. Patented by Milton Bradley in 1867, the machine created the illusion of movement by spinning still drawings inside a drum. The zoetrope was the first hint that children would one day become addicted to animation. 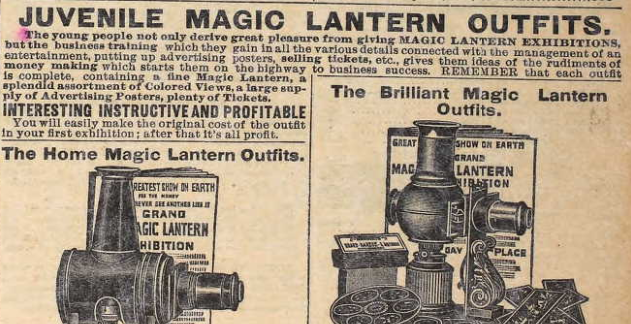 Though they had been around for many years, magic lanterns really caught on as a Victorian parlor amusement in the 1880s. Hand-painted slides in wood frames slipped into a machine and could be projected onto a blank wall. Toward the end of the 19th century, manufacturers began marketing the lanterns to children. Slide shows could be entertaining or educational, as a tool to teach geography and history. Children also liked giving presentations themselves.

Sears-Roebuck catalogs at the turn of the century are filled with dolls, doll costumes, tiny furniture, plush strollers — even doll hammocks. According to an 1895 article in the New York Times, dolls were the staple of the toy trade, with consumers spending $2 million on them annually! (That’s about $55 million today.) They were primarily made in Germany and sold at low cost by street vendors. The article notes that girls preferred blond dolls to brunettes and liked them in fancy clothes. 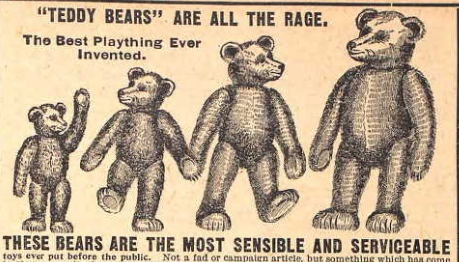 In 1902, President Teddy Roosevelt went hunting, wanting to see a bear. But when his friends caught one and tied it up, Roosevelt declined to shoot it, believing it unsportsmanlike. The bear was later killed anyway, but word of his merciful gesture got out and was made into a cartoon that showed Roosevelt with the bear. After hearing the story, two immigrants in Brooklyn made a stuffed bear and displayed it in their store window. Suddenly, everyone wanted one and a craze began. The Sears-Roebuck catalogs of the time hawked many varieties of teddy bears, including ones of imported plush that made a noise when squeezed. “These bears are the most sensible and serviceable toys ever put before the public,” read a 1907 catalog. “Not a fad or campaign article, but something which has come to stay on merit alone.”

American manufacturers began incorporating electricity into toys at the beginning of the 20th century. This fueled the country’s growing toy industry, which was also aided by the decline of German industries during World War I. Classic German trains were run by winding up a box. New American sets had a third rail, battery, and a switch. As the Sears-Roebuck catalog put it, that equaled “more fun to the dollar than any mechanical toy ever sold.” 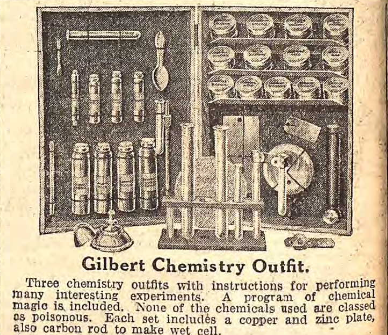 With an increasing emphasis on child development, educational toys grew popular in the 1920s. The A.C. Gilbert Company was a pioneer in the field, introducing its chemistry set in 1923. Containing alcohol, chemicals, copper plates, and glassware, the kits were intended to — literally — spark boys’ interest in a chemistry career. There were instructions for magic tricks and, OK, some toxins like sodium cyanide. Sure, there was a risk of explosions, but that was part of the fun.

Introduced in 1934, the Buck Rogers pistol was the first ray gun ever made. It was modeled on the one carried by a popular radio and comic book character Buck Rogers, a World War I vet who is exposed to radioactive gas and spends 500 years in suspended animation. He wakes as a superhero with a futuristic weapon. Making a pleasing zapping sound, the gun came out in several versions over the decades and was often sold alongside other Buck paraphernalia, like an outfit, helmet, or holster. 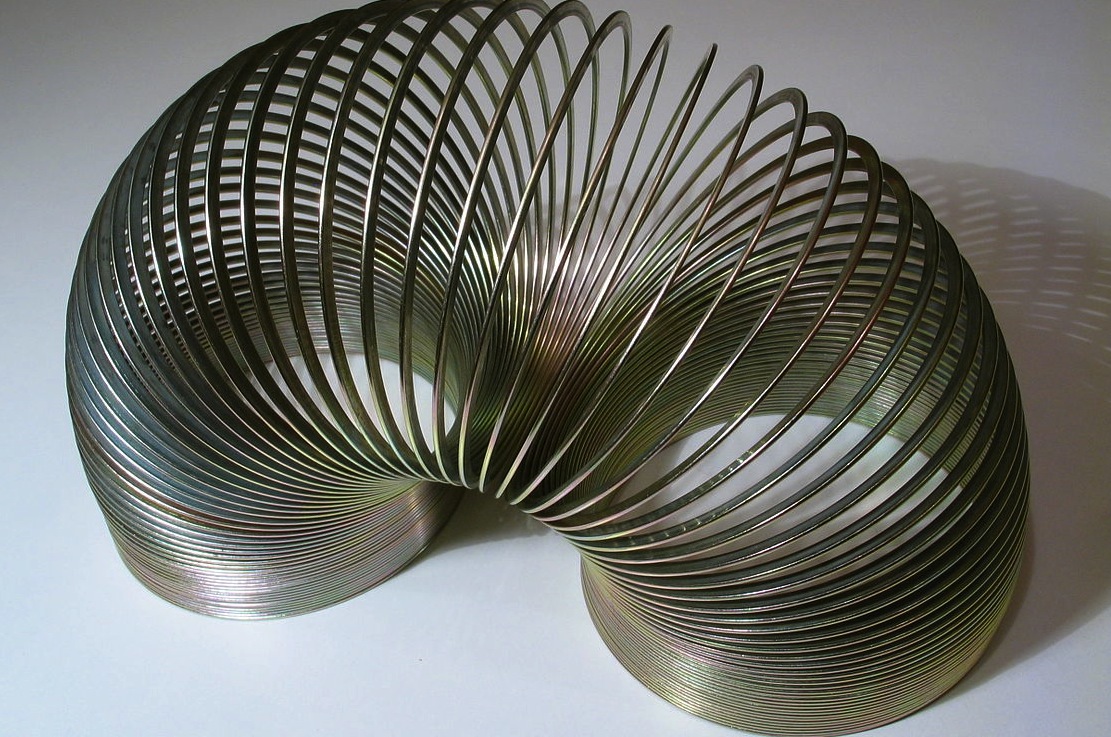 Richard James invented the Slinky by accident in 1943. A mechanical engineer, James knocked a new sensitive spring from a shelf and noticed that it seemed to walk instead of fall. It became a hit two Christmases later when he demonstrated it in a Philadelphia department store. Millions of Slinkys later, it’s still a popular toy.

See what entertained your ancestors. Start a free trial.