Middle Names: Where’d They Come From?

No one on the Mayflower had a middle name. Nor did most of the Founding Fathers. Only three of the first 17 American presidents had a middle name. So why do some many of us have one now? The short answer is population growth. But it’s a bit more complicated than that.

For centuries in Europe, a legal name consisted of a given or first name and a surname or patronymic. Middle names began appearing in late Medieval times. In England, they were reserved for the nobility, with an old law making them illegal for the rest of the population. Since the Pilgrims and many early settlers came from England, early Americans followed the tradition of having only two names.

You can see evidence of this in the early Massachusetts birth records on Ancestry. In Boston, no middle names appear in the 1600s. They start showing up in the early 1700s with a few stray Mary Anns, followed by occasional triple-barreled boys names from 1720 to 1740, like Charles Hobby Hubbart and Jonathan Armitage Fyfield. (Girls were less likely to to be given such nomenclatorial baggage.) Only about 5 percent Americans born during the Revolutionary War era had middle names.

Few Boston babies were given middle names in the 1730s. But settlers from Germany had other ideas. Immigration records from the same period list many Germans with middle names: 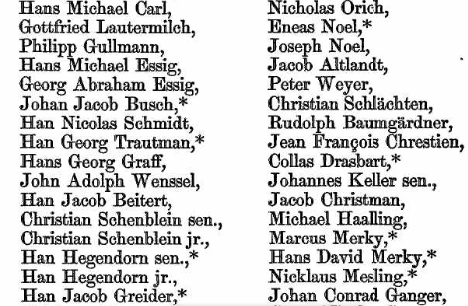 A list of German, Swiss, and Dutch immigrants to Pennsylvania, 1736 (Ancestry)

In Germany, middle names became common in the 17th century. For example, consider the names of German composers Johann Sebastian Bach and George Frideric Handel, both born in 1685. (Henry Purcell, born in England in 1659, was straight up Henry Purcell.) German immigrants arriving in Pennsylvania are credited with being the first Americans to use middle names regularly.

In the 19th century, the population boomed in the United States and Europe, and people felt they needed more names to stand out. Fashion and aspiration played a part, too, as they often do in naming trends. The British nobility had multiple given names, so the arriviste middle class mimicked the style.

As they do today, middle names often carried familial significance, such as the mother’s maiden name or the given name of a favorite relative. By 1900, almost all Americans had one. In early-20th-century North Carolina, for instance, birth records show that both children and their parents typically had middle names: 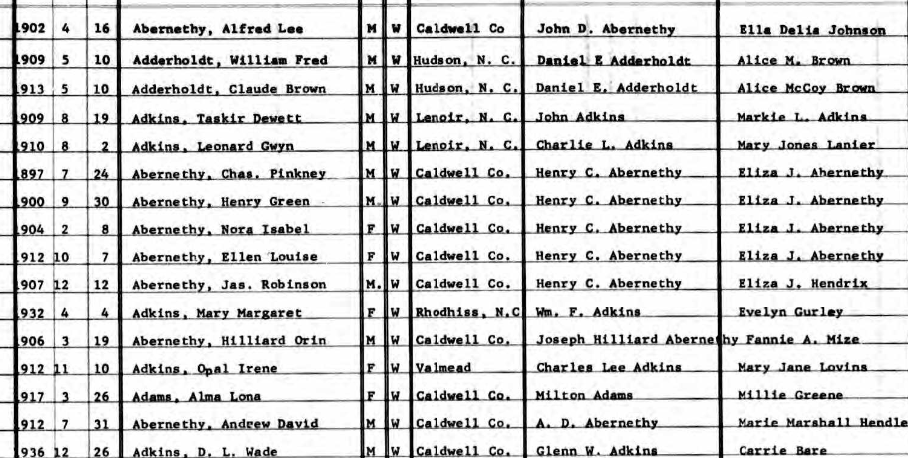 Now middle names are commonplace, though sometimes unwelcome to their owners (see Obama, Barack Hussein). And even genealogists struggle to find the logic in names like Harper Seven, Moxie Crimefighter, and Royal Reign. But they’re certainly distinctive.

See what middle names run in your family. Start a free trial.

Or if you’re interested in the meaning of your own name, try the free Last Name Meaning and Origins tool on Ancestry to find out more about the roots of your own surname.